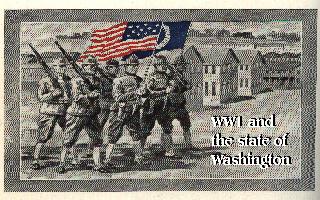 This page was made with original databases created by the volunteers at 3rd St. Book Exchange's "Free Genealogy Library" and the many Links available on WWW. Source material is clearly credited.


Original DataBases for Other States

Coming soon Soldiers of the Great War...
Vermont in the World War (scanned and extracted)

Some of the biographies are very descriptive and some have more detail then the rest, I have selected a few (Like usual, there is more left unsaid).


American Defense Forts
Military Forts Fort Casey and Fort Flagler, located across from each other at the northern end of Puget Sound

from the collection of R. Gess Smith

Military service records are kept by the National Personnel Records Center (NPRC) which is under the jurisdiction of the National Archives and Records Administration.

To request military service records, complete Standard Form 180, Request Pertaining to Military Records. Fill in as much information as possible and send it to the correct address listed on the form by U.S. mail. Please note that it may take up to six months for a reply from NPRC after your written request is received.

You can order actual service records or better still pension records. Pensions for military service were requested either by the soldier or by his dependents after his death.

Ireland
Ireland in the Great War

Thank you for visiting my pages.
You are visiter number

Have a great day